Double Shah Is Back

By Clickemag May 17, 2014
Man involved in the biggest scandal of Pakistan history Mr Sayed Sabat ul Hassan known as Double Shah  is back.After spending 7 years in prison, double shah completed his jail sentence and was released. 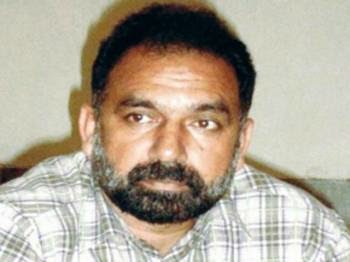 For those who are not aware of double shah.He was a school teacher and was involved in one of the biggest  fraud scandal after muzarba scandal  in Pakistan's history.He actually collected money from poor in dreams of giving them double the amount back. His fraud amount reached more then 5 Billion Rs. FIA returned half the amount to affecties and rest is still missing.

Belonging to Wazeerabad Thati Araeeaen Double shah when reached his village he was welcomed in this village by locals.Double shah said " He never committed a crime and in no mood of committing it in future"

This clearly shows his intentions.He is coming back. So all those who are looking forward to get there money double,Stay back. Do not be part of such scandal
.