By Clickemag May 20, 2014
An amazing wedding took place in District Okara when bride along with all family members took barat to  Grooms house. 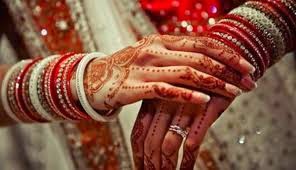 Groom named "Nadeem Muhammad Latif" was resident of Tehsil Riyana,Dancing members of bride family reached Riyana and were welcomed by dancing members of Groom family.All this was agreed upon between bride and groom family,as girl belonged to a poor family and could not afford to pay for food of barat.So it was mutually decided that groom family will receive barat.later the bride stayed at groom house and family members left for their home town.

Many believe that Groom family could have paid the poor girl family but it actually didn't happen.