Who Was Green Eyed Blond With Doctor Shakeel Afridi 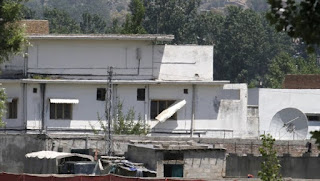 A mysterious Green Eyed Blond With a British accent was continuously with Dr.Shakeel Afridi to guide him what to do and what not to.It has been uncovered now that she was a CIA Agent with a name "SUE"
Sue was one of those agents that were supervising Dr.Shakeel Afridi for this mission.According to the new uncovered story SUE use to pick Doctor Afridi From a petrol pump and always ordered Shakeel Afridi to lay Down behind the seat and cover himself with the blanket.
Dr Shakeel handlers used different locations to pic him up and most popular in all of them was saeed Book Bank in the capital city of Pakistan.
All these stories uncovered when Afridi was sentenced for 30years in prison on account of found guilty for spying against his national interests.
Afridi was told many times by the American forces to cross the Pakistan afghan border and from there he will be shifted to America.But Afridi rejected there offer saying he is not doing anything against his nation.
Afridi was part of the team that conducted Fake Vaccination Program to check presence of Osama Bin Ladin family in the house.Although his campaign was of no help for them but they found different clues of the presence of Osama Family in the house.