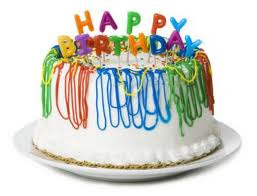 According to report published by The Telegraph,A recent study has shown that you are more likely to die on your birthday than any other day.
So if you are blowing candles on your birthday than be careful next time.
Doc Vladeta Ajdacic-Gross said "death rate increase on birthdays as the person gets older"
Researchers have studied about two million people and have found that the rate of deaths by Heart Attacks,Strokes and accidents on birthdays increase alot.
William Shakespeare died on 23 April 1616.
Research says that on average 14% people over the age of 60 are more likely to die on their birthdays.
People with high blood pressure are most likely to die on their birthdays.
Heart attacks rose to about 18.6% for men and women on birthdays were as strokes rise to about 21.5% mostly in women.
There is 34.9 % rise in suicide 28.5% rise in accidental deaths and 44% rise in deaths from falls on birthdays.This study was published in journal Annals of Epidemiology.
so next time if its your birthday. Be careful before you blow the candles.Source