Pakistani Student Who Made Headlines In Turkey 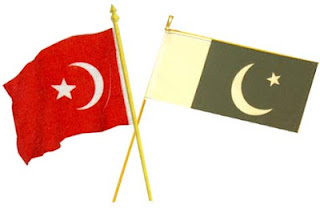 Pakistan and Turkey are in a good relation since Pakistan became independent on 14th august 1947.People of both the countries love each other.Same love was shown by people of turkey to a Pakistani student that belonged to Pak-Turk school Peshawar.
Arsalan Naseer has become a hot topic in Turkish media and made news headlines in few of the countries largest selling news papers.Even social media is full of people taking about Arsalan Naseer.
Arsalan Naseer is a student of 10th class and was one of the 14 student that were sent to turkey for participation in International Turkish Olympiad.Total number of 1500 students from 135 countries are participating in this competition.
Arsalan became famous in turkey as he sang a song by legendary Ahmet Kaya(Late).His Resemblance with his personality and voice took over the hearts of Turkish people.He was quoted in the newspapers saying"Ahmet Kaya is not dead,he is living in pakistan"
Still the final position is not announced but everyone says Arsalana Naseer will surely win this competition.
final positions will be announced on June 14th on Turk Telekom Arena.Winner will be awarded US $ 1000 followed $750 and $500