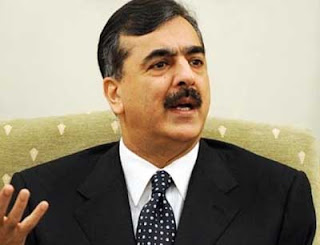 People of Pakistan are in there worst condition ever,if we compare this time with the past.We the people of Pakistan pay Tax's for the betterment of the country but our tax's are spent by the so called leaders of Pakistan.
Mr.Gillani the prime minister of Pakistan purchased 3 coats in there shopping in London and the estimated cost of these three coats is Rs.8 Million
Mr.Gillani mentioned in his assets that he does not even have a car.In his book Mr.President writes "These was a time when i didn't have money to give fees of my children school" but how come in a few days he became so rich"?
According to the sources Mr Gillani and his family spent 54,000 pounds in a shopping Mall buying watches,glasses cloths and suits.The owner of the Mall was shocked and thought some royal family from Pakistan has come for shopping.
Its never about Pakistan for them,Its about them.According to the previous reports it was said that Gillani Spent Rs.80 Million but it was not true.