Saudi Arabia Can Supply Electricity To The Whole World 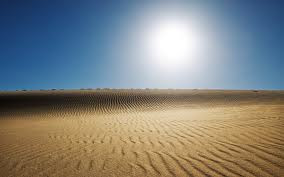 Allah has blessed Muslim nations with the best of natural reserves in the world. Saudi is blessed with oil and gas which is in such an excess that they can even supply oil to the whole world for many years to come.
According to an estimate Saudi Arabia still have reserves of about $30 Trillion dollars. But wait a second this is not the end.The future of Electricity is Solar energy and, do you know that every square meter in Saudi Arabia has the capability to produce 15 Kilowatt Hour of solar energy in a duration of 12hours.If one day solar energy from Saudi Arabia is calculated it is said that solar energy produced in Saudi for one day can supply electricity to whole Saudia Arabia for the rest of 72 years to come.
This study was published by world Academy of Science Engineering and Technology.
According to the world academy of science,Engineering and technology in Saudi Arabia,Energy produced in 3 feet by 6feet of solar panels is enough to supply electricity for one house to about 15 Kilowatts.The total area in Saudi Arabia where solar panels can be installed equals 3 trillion square kilometer which is more than enough to supply electricity to the whole world.Green Profit