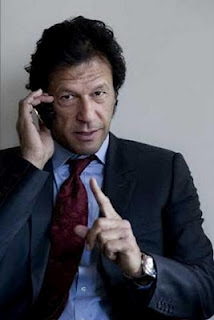 According to an online survey conducted by the Time Magazine Imran Khan was ranked 8th in the world's most influential people.
Imran khan became a super star when under the leadership qualities of the captain Pakistan cricket team clinched there first World cup trophy.
Imran khan in the past was known as a Playboy because of his looks and personality that attracted millions around the world.
Few years back Imran khan started a new political party and now he is a hero for the Pakistani nation as everyone wants him to rescue Pakistan from the current political crises.
Keep in mind that Imran khan left behind Obama,General Pervaiz Kiani and Salman Khan in this poll conducted by the Magazine