By Clickemag March 12, 2012
For so many days, Pakistani society was blamed that a Hindu girl was forced to convert to Islam.Many articles were written following this incident in India and Pakistan.But the truth revealed when Rinkal Kumari her self gave interview to a local news channel and told them she has accepted islam her self,and no one forced her to accept Islam.This was a great slap to liberals and secular s.Here is the video 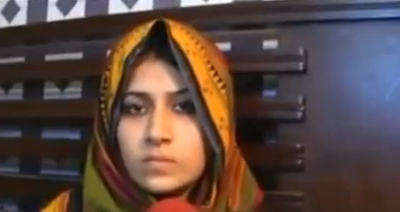