Ali Zafar NoWhere In 57th Film Fare Awards,Although He Performed At The Stage 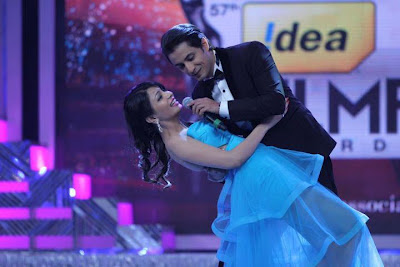 Our actors feel good working in Bollywood as they are paid well.Its never about acting for them or about Pakistan.Its about big screen and money.They are always been rejected by Indian media but they are shamelessly acting in there films.
One of the examples is Ali Zafar who participated in the India's most prestigious award ceremony named as Film fare awards.It was the 57 film fare awards this year.Ali Zafar was invited at the ceremony and he even performed at a stage during awards but his performance was edited out by the Indian media when it was on aired world wide.
Ali zafar was very keen and he even tweeted to his fans to watch him perform at awards but to his shock his performance was cut off by the media.
He then said sorry to his fans by saying."Everything happens for a reason,life is an award in itself" Isn't that funny ?