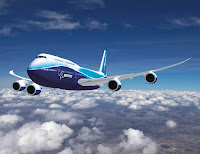 Sergei Golev 44 year old pilot died of heart attack during a flight from Bangkok to Russia when the plane was passing over china.
It was reported that a cardiologist found in the plane tried his best to save the life of the pilot but all in vain.
Chief pilot tried to make an emergency landing for the pilot but he died before the plane made landing so the plan was abandoned.
It was reported that incident took place on Tuesday and news broke that one of the passengers who was a pilot died.
But a spokesman for the regional transportation told the local newspaper that it was actually the pilot who died,there is always a reserve pilot which takes the pilots place if anything goes wrong.