Everyone dreams of visiting different parts of the world in vacations but have you ever thought there a place in you country you never heard of,an island in pakistan.
yes,there is an island in Pakistan named as Astola island which is also known as 'satadip' which means an island of seven hills near pasni in the district Gawadar. 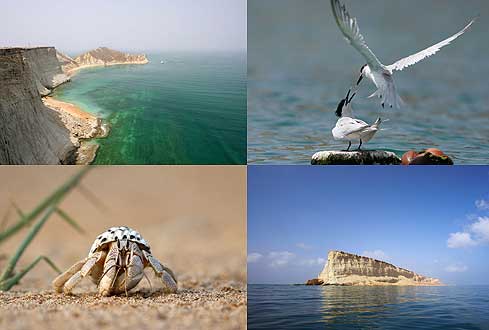 This island in the only island in the Arabian sea which is most significant.
It takes about 5hr to reach the island on motor boats under complete security.
Island has a Muslim prayer yard which is dedicated to Pir Khoaja ghizer which is known to rule the oceans.People believe that he visits that prayer yard to pray.
There is also a Hindu temple on the island this is why the island is known as satadip.
Other islands are
Churma;pakistan's second largest island
Buddo island
Baba bhit island
Bundal island
Clifton oyester rocks
Khiprian wala island
Shmas pir island
Manora island
Salahabad island
To know about more intersesting news from pakistan and abroad subscribe to clickemag
Read full article by Faiza Hai